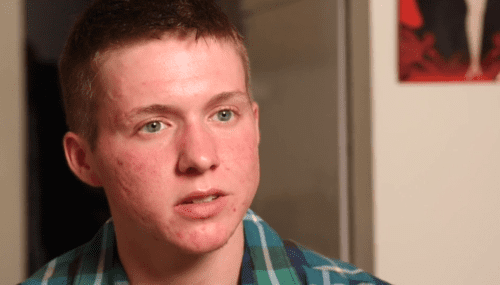 In a new column over at Slate, Nathaniel Frank looks at the Pentagon’s continued enforcement of its ban on transgender service members and the robotic responses given to questions surrounding the untenable ban.

The Pentagon uses that word—untenable—too, in its oddly robotic response to anyone who questions the rationale for its trans ban. But the Pentagon says that it is trans service that is untenable, not its bogus rationalization for prejudice. Asked by the Washington Blade why its newly signed Human Goals Charter excludes “gender identity,” spokesman Lt. Cmdr. Nathan Christensen said that “service members must serve in austere environments, many of which make necessary and ongoing treatments related to sex reassignment and many other conditions untenable. Policies on military personnel and health care regarding transgender members are intended to meet the needs of the services, which include the ability to deploy to and serve in austere environments with limited (and perhaps no) access to medical care for prolonged periods.” …

How do you explain the blanket ban on transgender service, based on the idea that some transgender personnel may require burdensome medical treatment, while current policy allows all kinds of non-transgender personnel to serve even if they require the same or more burdensome medical treatment? Why, you become a robot. When the Washington Post asked the Pentagon for a comment for its recent front-page story on Landon Wilson [pictured above], a highly trained sailor who lost his job for being trans, spokeswoman Lt. Col. Cathy Wilkinson said, “Service members must serve in austere environments, many of which make necessary and ongoing treatments related to sex reassignment and many other conditions untenable.” Sound familiar?

Check out the full column HERE.

Previous Post: « Julia Louis-Dreyfus and Joe Biden Blow Off the White House Correspondents Dinner Together: VIDEO
Next Post: Kylie Minogue and Crowd Sing-Along to ‘Can’t Get You Out of My Head’ at GLAAD Awards: VIDEO »