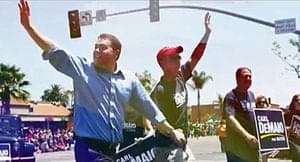 Officers arrived at the office in the 9600 block of Black Mountain Road in Miramar around 9:30 a.m. Wednesday. They discovered extensive vandalism, including smashed computer screens and cords and cables that had been cut.

No suspect has been identified, but it is believed the perpetrator entered through an adjacent office.