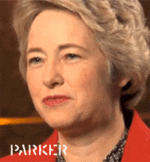 The Houston City Council is scheduled to vote today on an ordinance proposed by lesbian Mayor Annise Parker, to adopt a policy that prohibits discrimination based on a number of categories, including sexual orientation and gender identity.

A Maine election ethics commission will vote today on whether to fine the National Organization for Marriage for failing to register as a ballot question committee in a 2009 anti-gay referendum. The staff of the Maine Commission on Governmental Ethics and Election Practices issued a 37-page report April 9, recommending the commission fine NOM more than $50,000 for its failure to register as a committee and file campaign finance reports that disclosed its donors. The report notes that NOM spent $3 million in Maine in 2009 to encourage voter passage of a repeal a law allowing same-sex couples to marry, most of it funneled into a group called Stand for Marriage Maine. “NOM intentionally set up its fundraising strategy to avoid donor disclosure,” states the staff letter. In a May 6 letter responding to the recommendation, a legal group called “Act Right” asserts that NOM “made no expenditures”’ under Maine law. 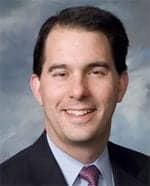 WISCONSIN BRACING FOR THE FALL:

Wisconsin Governor Scott Walker, through his attorney general, filed a motion Friday asking U.S. District Judge Barbara Crabb to stay her decision in a lawsuit challenging the state’s ban if that decision finds the ban unconstitutional. Crabb (a Carter appointee) last month denied Walker’s request to dismiss an ACLU-led lawsuit, Wolf v. Walker. The Milwaukee Journal Sentinel also reported Friday that Walker has begun to express his own doubts about the ban’s constitutionality. “I'm not going to pretend to tell a federal judge in that regard what he or she should do about it," Walker told the paper. "…I don't know what (allowing gay marriage) means. Voters don't talk to me about that.” But the Sentinel noted that Republican Attorney General  J.B. Van Hollen has made clear he intends to appeal a losing ruling to the Seventh Circuit. 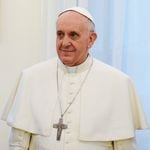 The Human Rights Campaign announced Tuesday that it has sent a letter to Pope Francis on behalf of nine teachers who have lost their jobs at Catholic schools either because they are gay or because they support a gay family member. The letter states that the teachers hope the pope’s "messages of acceptance” and “pastoral leadership” will enable him to “correct these hurtful injustices.” The letter was prompted in part by new policies being adopted by some dioceses, including Cincinnati, that call for firing any employee who even speaks in favor of the “homosexual lifestyle.” “We ask for a Papal audience with our families,” states the letter, “so that you may hear our personal stories firsthand and see the impact the Church's actions have had on us all." 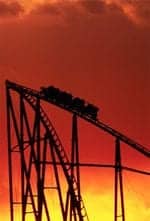 The Human Rights Campaign on May 15 released its inaugural issue of a report monitoring LGBT equal rights globally, and it characterized 2013 as a “proverbial roller coaster.” Six nations began allowing same-sex couples to marry, but Russia passed its harsh laws against “promoting” anything gay. Activism emerged in such countries as Turkey, Azerbaijan, and Iran, and yet Uganda and Nigeria cracked down with new laws criminalizing same-sex relations and imposing draconian penalties. Equality Rising notes: “Change is happening at a rapid rate. As some LGBT people are nearing legal equality, we must work together to ensure that others are not left behind.”