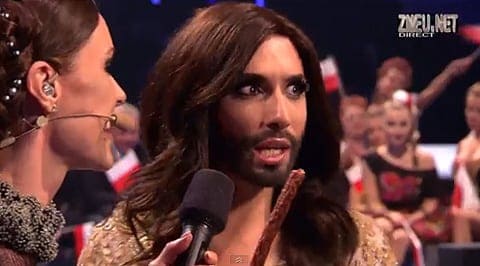 The Bible talks about the two genders, man and woman, and the main purpose of union between them is to produce children. For us it is important to reaffirm traditional values…. I personally am very liberal (on matters of personal morality). People have the right to live their lives the way they want. But they should not be aggressive, or put it up for show.

It's a standard variation of the tired "stop rubbing it in our faces" argument, but the buried lede here is that Putin views himself as "very liberal." One has to wonder what qualifies as liberal in the mind of a man who compares gays to Nazis.