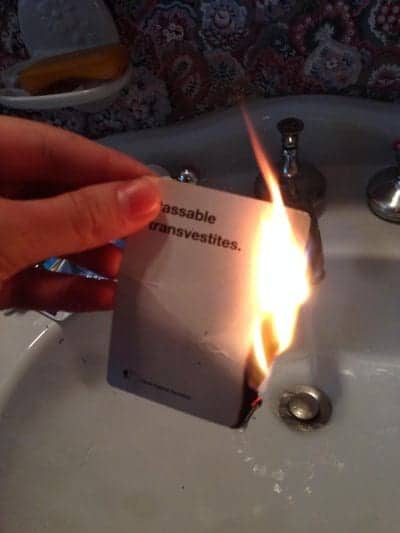 Cards Against Humanity creator Max Temkin has apologized for a transphobic card previously included in earlier editions of the popular game. Cards, a game Temkin and his co-creators designed while in college, makes a point of being as politically incorrect as possible, often taking potshots at racial minorities, disabled individuals, and notable public figures. 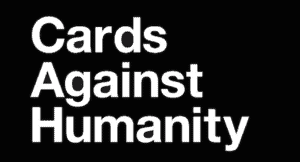 “We were writing jokes for ourselves and we weren’t really thinking about how it would affect other people,” Temkin told Fusion in an interview. “But when you have something that starts to be part of pop culture, you can’t help but see how it makes people feel and feel some sense of responsibility for that.”

Temkin came under fire after Tumblr user horriblewarning, a teenager who identifies as transgender, drew the transphobic card, decided to burn it, and post photos the photos to his blog.

“Somebody played that card, and somebody else was like, ‘That’s not OK.’ I decided I didn’t want it in my deck,” He said.

Tumblr, known for the ways in which content spreads through it virally and its active queer communities, has since seen the initial photoset reblogged well over 50,000 times. horriblewarning, whose first name is Jonah, has since expressed deeper thought over the photos, admitting that his initial reaction was an implicit endorsement of Cards Against Humanity’s other examples of comedic bigotry:

I was only looking at the issues which affected me personally, and I was allowing myself to find everything else funny because I wasn’t the person to whom it’s directed. I truly regret making this post, not because I’ve gotten a bit of shit for it but because I am appalled at myself that I didn’t see what I was doing.