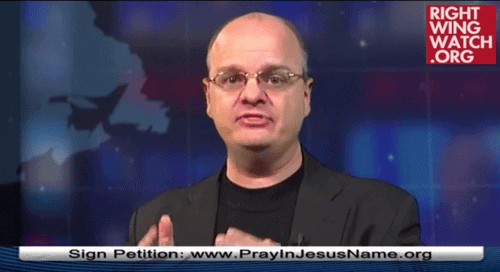 Gordon Klingenschmitt, the former Navy chaplain who has made a career out of exposing (and exorcising) the “demonic” forces behind gay marriage and LGBT rights in general, has won the GOP primary in the race for Colorado’s heavily-Republican House District 15.

We won! Thanks to 35 volunteers knocking on doors and YOUR grassroots donations, I am now the Republican nominee for State Rep in Colorado Springs HD15. […]

However, we have some debt from the primary race. I just got a bill for $4,138 in printing costs and we have a few more bills outstanding, due this week.

Can you please contribute to help us repay our primary debt for this election victory? Then we can start from a clean slate to run against a common-core anti-gun Democrat in Nov.