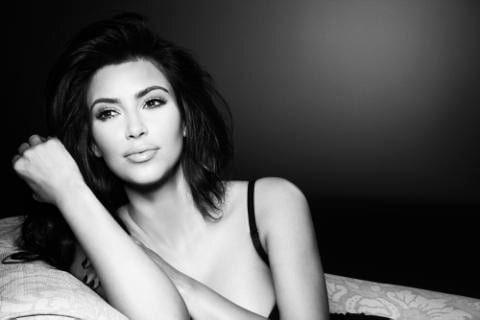 Kim Kardashian took to her blog today to speak out on the boycott of The Beverly Hills Hotel aimed at its owner the Sultan of Brunei. The boycott began in the wake of the Sultan’s implementation of sharia law in the Southeast Asian nation late April. Under the law individuals can be stoned to death if proven to have committed homosexual acts. Celebrities such as Ellen DeGeneres, Richard Branson and Jay Leno have been vocal in their support of the boycott. And while Kim originally supported the boycott, pulling her bridal shower from the famed LA destination, she now believes that it is not the best way forward:

For a sultan that has 20 billion dollars, this loss of business doesn’t even make a dent in his fortunes. But the hotel staff are being negatively affected every day with the boycott that has gone on for weeks now… We shouldn’t punish the amazing hard-working people who have been so good to us for years! …There must be other ways to express our views without punishing the workers, some who I know personally have families at home and depend on the city’s business and tips to survive…I support Rose McGowan and Russell Crowe’s takes on this matter. The unjust treatment and violation of rights of the LGBT community around the world is never justified and I will continue to proudly support the LGBT community in every way imaginable. I do believe though that instead of this boycott, there has to be another solution. I’m glad to hear that industry executives like Jeffrey Katzenberg and Casey Wasserman are reaching out to leaders of the hotel chain to discuss a way to potentially end the protest.

You can read Kim’s blog post in its entirety HERE.

UPDATE: The Human Rights Campaign (HRC) has pointed out that The Beverly Hills Hotel leadership promised to guarantee the jobs, incomes and gratuities of its employees following the uproar over the Sultan of Brunei's draconian laws. In an op-ed in The Hollywood Reporter this month, HRC Vice President Jeff Krehely said the sultan was turning his employees into 'human shields':

Dorchester [Collection — the hotel group that runs The Beverly Hills Hotel] has said that its employees are the “victims” of these [protests] and that only they would feel the financial impact of Americans taking business elsewhere. Now the company has begun to parade employees — some of whom would be subjected to the laws in Brunei — and their stories into the media and online.

The ploy comes despite assurances that the company has guaranteed the jobs, income, gratuities and benefits of all of its employees during the controversy. This stands in stark contrast to its claim that actions against the sultan’s hotels will result in a big income loss for its staff. Its leadership is talking out of both sides of their mouths. Given the guarantees, how will its staff actually be impacted?

We urge Hollywood to see past this smokescreen. With $20 billion in the bank, the sultan can afford to support his employees. But what his company cannot afford to do — if it wishes to fix its badly damaged reputation — is continue to shamefully use its employees in a deceptive effort to shield the sultan from criticism.