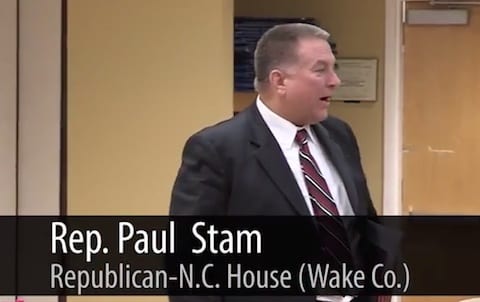 In 2011, Stam compared homosexuality with polygamy and incest while calling for a constitutional amendment banning same-sex marriage.

During a debate Tuesday on a proposal to prevent charter schools from discrimination based on sexual orientation, Stam suggested that, like homosexuality, adult sexual attraction to children is a sexual orientation. 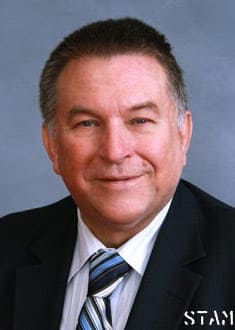 Stam passed out a two-page paper at the debate titled “What is Sexual Orientation?” which listed what he said were 30 different sexual orientations.  He argued that the definition of sexual orientation should be narrowed, otherwise it would include pedophilia, incest, sadism and masochism along with homosexuality and heterosexuality.

The list was taken from the American Psychological Association’s “Diagnostic and Statistical Manual of Mental Disorders,” which actually classified many of the definitions as disorders at one time and in 2013 said “pedophilia is a mental disorder; that sex between adults and children is always wrong; and that acting on pedophilic impulses is and should be a criminal act.”

“This is shameful. He needs to understand that his words and his actions are offensive and cannot be tolerated.”

The House approved the changes to the charter school law, removing a provision prohibiting charter schools from discriminating against applications on the basis of ethnicity, national origin, gender or disability.

Stam said later he was only trying to get the author of the amendment to define sexual orientation.