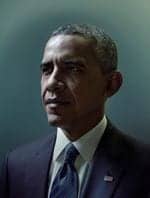 The White House indicated Monday that President Obama has “directed his staff” to prepare an executive order to prohibit federal contractors from discriminating against employees on the basis of sexual orientation or gender identity. The White House official could not say how soon President Obama intends to sign the executive order. But the news comes during Pride Month, just two weeks before the White House hosts its annual reception in celebration of Pride Month, and just one day before President Obama is scheduled to be at an LGBT-related fundraiser for the Democratic National Committee in New York.

The openly gay U.S. ambassador to Spain and his partner hosted President Obama, the First Lady, and eldest daughter Malia at their house in Rancho Mirage, California, over the Father’s Day weekend, according to the Desert Sun. Ambassador James Costos and his partner, White House decorator Michael Smith, have a home in a gated community known as Thunderbird Heights. The President and First Lady headed back to Washington on Monday morning.

SENATE AGREES TO VOTE ON NOMINEES:

The U.S. Senate voted 55 to 37 Monday to proceed to a vote on the confirmation of Darrin Gayles to the U.S. district court in Miami and, in a separate but identical vote, to proceed to a vote on the nomination of Staci Yandle to a district court seat in Illinois. If confirmed, Gayles will become the first openly gay African American to be appointed to a federal court bench. Yandle won’t be the first openly lesbian African American appointed to the bench but, if confirmed, she will be the first openly gay federal judge named to the bench in Illinois. The confirmation votes for both are  scheduled for 11 a.m. EDT Tuesday.

LETTERS PILE ON AGAINST BRUNEI:

More than 100 members of the U.S. House signed onto a letter to Secretary of State John Kerry last Thursday, urging that the U.S. halt negotiations with the government of Brunei on the Trans-Pacific Partnership agreement. Noting Brunei’s recent adoption of draconian penalties for being gay, the letter argues that such agreements must insist that participating nations “adhere to internationally recognized civil, political, and human rights standards.” All seven openly LGBT members of the House signed on. Four national LGBT groups also sent a similar letter last week to President Obama regarding Brunei’s brutal laws against LGBT people.

The statewide LGBT group Equality Florida and the Human Rights Campaign both made independent announcements last Thursday that they are endorsing Democratic candidate Charlie Crist for the Florida governor’s race in November. Crist has a primary in August but is expected to win the nomination easily against two little-known candidates.

A small group of protesters followed Mississippi Governor Phil Bryant around Central Park Saturday to express their unhappiness with the state’s new “religious freedom” law, which goes into effect July 1. The protesters, which included members of GetEQUAL Mississippi, staged a mostly silent protest, and some hosted their own “Big Gay Mississippi Welcome” dinner, according to the Hattiesburg American.