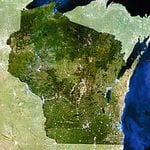 State officials and attorneys representing same-sex plaintiff couples have been given until 5 p.m. today to file briefs concerning the state’s request for an emergency stay of a federal district court decision last Friday, striking down Wisconsin’s ban on same-sex couples marrying. Meanwhile, the Milwaukee Journal-Sentinel reports the state office of vital records is not processing marriage licenses for same-sex couples until it gets a go-ahead from the state attorney general.

In a surprise upset, U.S. House Majority Leader Eric Cantor (R-Va.) lost his primary Tuesday for an eighth term. According to various media in Virginia, winner Dave Brat, an economics professor at a small college, hammered Cantor on his willingness to raise the debt ceiling, end the government shutdown, and support some reform of immigration laws. Brat has rebuffed characterizations of himself as either a liberal or as a Tea Party member. His campaign website states that he believes “all individuals are entitled to equal rights,” but it also says, in bold letting, that Brat will “protect the rights of the unborn and the sanctity of marriage, and will oppose any governmental intrusion upon the conscience of people of faith.”

Openly gay Maine State Rep. Ryan Fecteau breezed to victory in his Democratic primary Tuesday, winning 65 percent of the vote to represent his district in the middle of the state.

FUMBLING FOR AN ANSWER:

During a student-oriented Q & A on Tumblr Tuesday, President Obama seemed to struggle with a question about securing equal rights for transsexual students. The question posed to him –through the moderator, Tumblr President David Karp — noted that, just last month, the U.S. Department of Education released guidelines to clarify for schools receiving federal aid that Title IX of the Civil Rights Act’s prohibition against sex discrimination “extends to claims of discrimination based on gender identity or failure to conform to stereotypical notions of masculinity or femininity.”

“What do you see as the next steps to ensure equal treatment of trans people in schools in America?”

The president began with a rambling recollection of his meeting Monday with the men’s and women’s basketball teams from the University of Connecticut, noting that Title IX has helped make college women athletes competitive and mentioning that the First Lady puts him to shame when they work out together, before eventually landing on one sentence: “The fact that we are applying [Title IX] to transgender students means that they are going to be in a position to assert their rights if and when they see that they are being discriminated on their college campuses, and that could manifest itself in a whole variety of ways.”