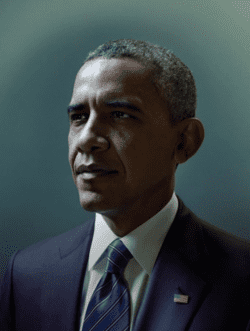 The Human Rights Campaign and Human Rights First issued a statement saying that the summit, with the theme “Investing in the Next Generation,” is a "once-in-a-generation moment" to promote equality for lesbian, gay, bisexual and transgender Africans.

According to the two advocacy groups, 37 African countries have laws criminalizing LGBT relationships. Leaders of 32 of those countries – including Presidents Yoweri Museveni of Uganda and Goodluck Jonathan of Nigeria, who signed harsh anti-gay laws earlier this year – have been invited to the summit.

In response to anti-gay laws, the U.S.government last month announced sanctions against Uganda including loss of funding and a ban on Ugandan citizens involved in human rights abuses entering the United States.

"We believe the U.S. can do more in both Nigeria and Uganda to ensure that U.S. funding is not being given to any institution or group that is abusing human rights, including actively discriminating against the LGBT community. We recognize that this is a difficult process with competing interests, made more difficult by the rhetoric espoused by some leaders that the movement for the rights of LGBT people is something invented in the West and being imposed upon African societies. "

Indicating that gay rights will be raised at the summit, Ned Price, a spokesman for the White House's National Security Council, said:

"The Obama Administration has long spoken out — including with our African partners — in support of universal human rights and fundamental freedoms for all, including lesbian, gay, bisexual, and transgender individuals. We expect the summit will provide an opportunity to continue these conversations."