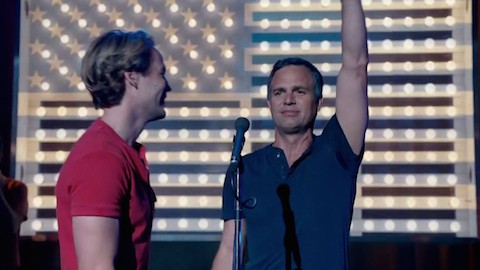 Television shows and movies like Looking, and Dallas Buyers Club are increasingly bringing LGBT stories to the big and small screens, but their representations of diversity within the queer community are sorely lacking. White, gay, male characters are grossly overrepresented, according to a Vox analysis of a number of recent shows and films focusing on gay narratives. The issue, write Alex Abad-Santos, is not with the specific stories that are depicted, but rather with the meta-narrative created by an unchanging stream of stories solely about white guys:

“We don't and shouldn't expect anyone to change Harvey Milk's race or change who Larry Kramer's friends were. Kramer's and Milk's experiences aren't in our control. However, choosing which stories to tell is. And having a willingness to tell other kinds of stories, perhaps some that are just as worthy as Milk's or Kramer's, from places we're not necessarily looking, is something filmmakers and writers can do better.”

Gary Gates, an LGBT demographer at UCLA, says that statistically speaking the kinds of LGBT groups being portrayed in modern media simply don’t reflect reality. In addition to nearly half of the characters being non-white “if you had a show with a cast of 20 characters who were LGBT, two-thirds of the women would be bisexual, and one-third of the women would be lesbians, while two-thirds of the men would be gay, and one-third would be bi.”

Gates goes on to point out the disproportionate amount of screen-time given to characters that read as being affluent. The persistent idea that all LGBT individuals are more economically successful than their heterosexual counterparts is due in large part to to a conflation of statistical findings. College graduated, same-sex couples, with two partners actively participating in the workforce do, on average, make more than heterosexuals, Gates explained in 2013 to US News. These couples make statistical headlines because they are exceptional, however, and portraying them as The New Normal is disingenuous at best and problematic at worst. 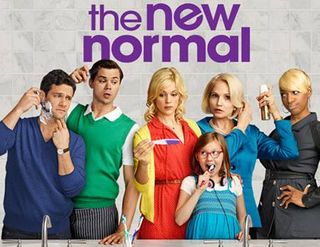 In terms of movies and documentaries like The Normal Heart and How To Survive A Plague, filmmakers are presented with the task of parsing through the historical record in order to suss out compelling stories. Problems arise when the cinematic truth depicted on screen only reflect the limited perspectives of certain characters. In an interview with Vulture Sarah Schulman, co-creator of The ACT UP Oral History Project, recently voiced her misgivings about what she perceived as a whitewashing of early HIV/AIDS activism as depicted in How To Survive A Plague.

We call it “The Five White People Who Saved the World” — that’s our nickname for it. And those white people are very busy because apparently they’re always saving everything all the time. Everywhere you go, you see them.

Referring to a discussion following screenings of Jim Hubbard’s United in Anger: A History of ACT UP and David France’s How To Survive a Plague, Schulman recalls that same point blank critique.

At one point they open up for questions and the first question to David is: Why do you have no women or people of color in the film? And he says, well I wanted to focus on wealthy white men because they had the time to devote to activism. Now as a person who has interviewed 168 surviving members of ACT UP New York, I can tell you that’s not historically correct.

People in ACT UP gave their entire lives to ACT UP. All different kinds of people from every class and background would report in our interviews that they were at ACT UP five nights a week, that their entire life was ACT UP. And that had nothing to do with how much money you had. And the second thing he said was that these men went to good universities and so they were able to understand the science. That is absurd. The audience almost started laughing. One of the best experts on the science of AIDS in ACT UP was Garance Franke-Ruta who was 19. We all sat there and realized that this man knows nothing about ACT UP.

Watch a video of the exchange AFTER THE JUMP…