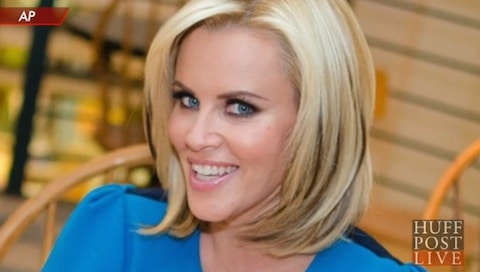 Jenny McCarthy has apologized for suggesting on The View that Hillary Clinton might be a lesbian, reports Huffington Post.

As McCarthy and her co-hosts discussed Ronald Kessler’s new book, The First Family Detail: Secret Service Agents Reveal the Hidden Lives of Presidents, she suggested Hillary Clinton might be a lesbian and said the Clintons could have some sort of marital “arrangement.”

However, in a later blog post, McCarthy claimed she uses jokes while on The View because she is out of her comfort zone:

“[Following the Clinton segment], we talked about a female CEO not helping other women in her workplace and my spiritual side felt excited to get out my personal mission statement about “girl code.” I stated that we women need to look out for one another. That we need to stop ripping on each other and empower one another. This is something that is very important to me and I hold so close to my heart.

“That night, as I lay in bed and reflected on my day, I realized I was a hypocrite. How could I make a joke like that and then five minutes later preach about female empowerment? It makes me sad when I see women ripping on other women, and there I was making a joke about our possible first female president!

“I hope you will be patient with me as I continue to figure myself out and grow to be the example of female empowerment I always intend to be.”