The National Gay and Lesbian Task Force said Tuesday that it is dropping support for the Employment Non-Discrimination Act (ENDA) over its religious exemption. 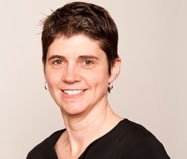 Writes NGLTF in a press release:

The decision comes as broad religious exemptions, such as the one in ENDA, are creating gaping legal loopholes to discriminate in federal, state and local legislation.

"The morning after the Supreme Court's Hobby Lobby ruling, we all woke up in a changed and intensified landscape of broad religious exemptions being used as an excuse to discriminate. We are deeply concerned that ENDA's broad exemption will be used as a similar license to discriminate across the country. We are concerned that these types of legal loopholes could negatively impact other issues affecting LGBT people and their families including marriage, access to HIV/AIDS treatment and prevention and access to other reproductive health services. As one of the lead advocates on this bill for 20 years, we do not take this move lightly but we do take it unequivocally – we now oppose this version of ENDA because of its too-broad religious exemption. We cannot be complicit in writing such exemptions into federal law," said Rea Carey, Executive Director, National Gay and Lesbian Task Force Action Fund.

Carey is urging support for treating LGBT people similarly as other protected classes under federal non-discrimination law, with a reasonable religious accommodation.

"The campaign to create broad religious exemptions for employment protections repeats a pattern we’ve seen before in methodically undermining voting rights, women's access to reproductive health and affirmative action. It is time for fair minded people to block this momentum, rather than help speed it into law. We need new federal non-discrimination legislation that contains a reasonable religious accommodation. LGBT people should have the same protections as those contained in Title VII of the 1964 Civil Rights Act. Legal equality is federal law."

Previous Post: « Anti-Discrimination ‘Task Force’ Needed For 2018 World Cup In Russia
Next Post: Check out a Pre-Broadway Photographic History of Hedwig in NYC »