Former presidential candidate and anti-gay speaker Rick Santorum appeared on "Eagle Forum Live," a radio program hosted by Phyllis Schlafly's daughter Anne Cori, and spoke up about the ways in which marriage has become "devalued" by the American public. 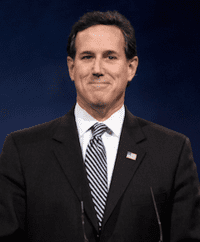 Rick Santorum said that conservatives need to “reclaim” marriage from the left and “the folks who are trying to change the marriage laws to allow same-sex couples…."

He also warned of polygamy: “If marriage is simply a romantic relationship between two people, and by the way, that’s what it’s devolved to the minds of a lot of Americans, if that’s all that marriage is well then it’s hard to make the argument that any two people or any three or four people shouldn’t be able to get married.”

Rants like his remind us just how tired and flaccid anti-marriage equality arguments have become. Perhaps the worst moment, though, came from Anne Cori, a woman who apparently detests the "celebration of single mothers." Bravo, Ms. Cori on this new low.

Listen in on the conversation, AFTER THE JUMP…