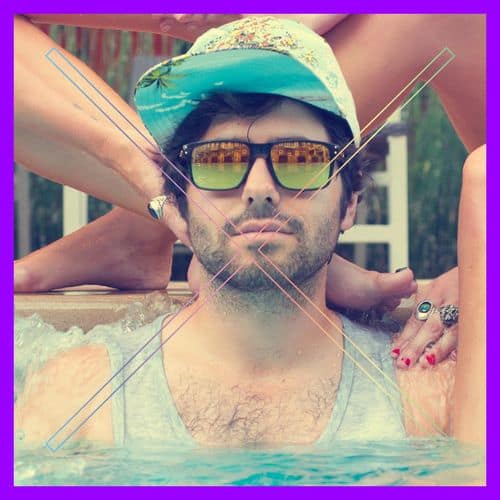 These nudisco powerhouses joined together to create a poppy, uptempo track that has the perfect guitar-laden summer vibe.  The idea of cruising around in the sun with my convertible top down certainly sounds like "the life I want," as the lyrics go, but of course with this song as part of my summer cruising playlist.

Let's get more summery and soulful, AFTER THE JUMP…

French producer Bobmo released his LP New Dawn on June 30th, and it features cameos from artists like Para One and out vocalist Shaun J Wright.  Shaun's vocals appear on 'When I Look,' a slick, vocally-driven house track that's sure to be a dancefloor hit.

Up-and-coming producer and friend of Occupy The Disco, Belanger, dropped a surprise remix of Mariah Carey's 'Emotions' last week that gives any DJ a perfect excuse to legitimately drop this classic track on the dancefloor.

I shared Arches' debut single 'There's A Place' a few months ago, which is a rework of Diana Ross' 'Take Me Higher'. This duo is back with a deep house banger called 'Move On,' which, much like their first single, features lush vocals against a hard, deep backing.

Swedish House label Local Talk can always be counted on for whimsical, lush, and soulful house music.  They've recruited Moscow-based producer Lay-Far for a four track EP, from which 'Get On' is the standout track, with a vocally-driven disco/soul vibe that we've come to know this label for.

Detroit deep house duo Golf Clap keep churning out the tracks – from originals to remixes – including this new remix of Danny J Lewis' 'Spend The Night.'

Another deep house favorite of mine, Jonas Rathsman, has a cascading new track out called 'Skepparkrans', which in Swedish roughly defines as 'skipper wreath', a type of beard popular amongst sailors in the 1800s. Not sure what the relation is to the actual song (besides Rathsman sporting his own beard), but the track is stellar.

Ending this week's dive into new deep house tracks, newly-minted duo Tender Games have wrapped their debut LP and teased the first single, 'Want It All'.  It's a melodic track that evokes a similar sound to deep club cuts from the mid 90s.

Previous Post: « Towleroad Guide to the Tube #1591
Next Post: Hillary Clinton Reacts to Shooting Down of Malaysia Airliner in Charlie Rose Interview: VIDEO »