Rachel Pepe, a transitioning transgender student from New Jersey who earlier this week was refused permission to return to school using her new gender identity, has since had that decision reversed. 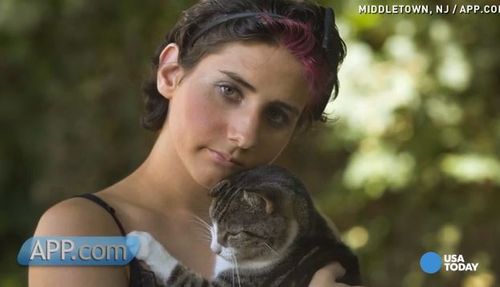 Rachel Pepe, a transgender student from New Jersey who we reported earlier this week was refused permission to return to school using her new gender identity, has since had her refusal reversed by school administrators.

Last year, Pepe attended Thorne Middle School in Middletown, New Jersey, but when she tried to register for classes with her new gender identity, the school district said she would have to return using her birth name “Brian.”

Pepe’s mother Angela Peters said at the time that the school failed to engage with her on proposed solutions to the problem.

However, the superintendent of the school district, William O. George, has since announced that he will work with staff to make sure Rachel can attend school in a safe environment. George also said Middletown Township Public Schools staff would undergo LGBT sensitivity training, reports Huffington Post.

"We as a district want to do everything we can as a district," George told the Asbury Park Press. "Every child is different and their education and social and emotional well being is my priority. We will work with them to find the appropriate placement."

Back in April, the Department of Education issued new guidance that made it clear Title IX law protects transgender students from discrimination.