Megan Fox isn't worried about Shia LaBeouf's long-term stability: "I haven’t talked to him in a couple of years, but I don’t worry about him. He’s a brilliant kid, talented and funny."

Kooky anti-gay Tea Party SNL alumni Victoria Jackson has lost her bid for a seat on a county commission in Tennessee.

Could telenovelas help put an end to homophobia within the Latino community? "We need more novelas like Que Pobres Tan Ricos to challenge long-standing traditions of religious intolerance and machismo culture that many people still follow. We need novelas to show people how to compromise old dogmas and learn to respect other human beings despite their differences. We need them to help in the battle against sexism. We need to open the minds of Latino families because "less than half of LGBT Latino youth have an adult in their family they can  turn to if worried or sad".

Missouri Baptist leader has been arrested for attempting to solicit sex with a dog via Craigslist. 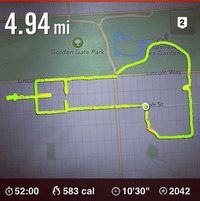 Uganda's Attorney General has filed a notice that he will appeal last week's ruling striking down the country's Anti-Homosexuality Act.

Longtime ally Daniel Radcliffe on expanding LGBT visibility in the media: "The way gay people have been depicted [in entertainment] has changed so much in the last few years and hopefully that is what is normalizing it for everyone…Stories are now beginning to be told that include all different types and kinds of sexuality and characters who aren’t there for the sake of being gay, they just happen to be gay. It's actually the stories around their lives that are what keep us interested. I do think that in the next generation we will see an even bigger difference in how gay people are shown in the media and in film because people are getting over it, finally.”

'Ex-gay' pens article over at Christian Post on why he hates the word gay: "I hate all the presuppositions attached to it. Like the presupposition that a fixed gay (or straight or bi, for that matter) sexual orientation is a legitimate reality. I don't believe that sexual orientation, as culture at large defines it, is real — and I know that I am in the teeniest of the tiniest minorities in holding that position. People who don't follow Jesus or embrace a biblical worldview laugh in my face — pretty hysterically, actually — when I tell them that I don't view sexuality through the lens of "gay" or "straight" or "bi."

Wentworth Miller is a silver fox on set of 'The Flash,' taking on the role of supervillian Captain Cold

Conan O'Brien and Larry King split a pot brownie on air, proceed to get the giggles.

Paul Hard shares heartbreaking story of why he's suing Alabama to challenge the state's ban on same-sex marriage: "The nurse that I saw in the emergency room that said, 'I’m sorry, but I can't let you see David,' apologetically and very tearfully later on said, ‘I’m sorry. I would have let you in if I could,'" Hard said. "This law makes unwilling accomplices of decent people. Very often folks here in Alabama say, 'You know, I voted for that law, but I would never have put you through what you’ve gone through."

Barack Obama had the nerve to interrupt CNN's weekly episode of The Sixties to break the news that the US would begin air strikes in Iraq against ISIS.

New report on LGB parenting shows that "despite confronting heterosexism in a variety of social contexts — including the health care system, the legal system, and the school system — LGB parents and their children are functioning quite well"

Armed, right-wing militias are gathering along the Texas border. Don't worry though, they have a state lawmaker's blessing.