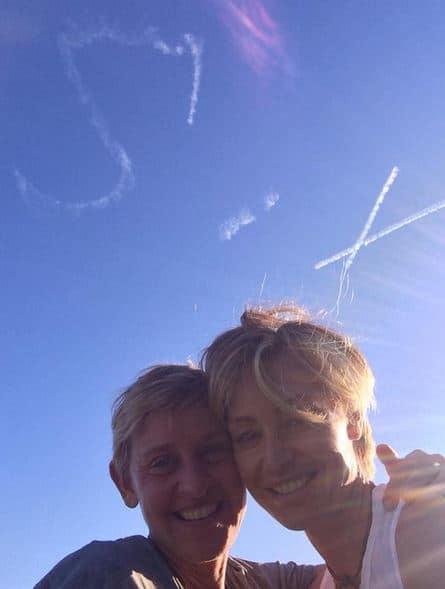 Portia de Rossi commemorated her 6 year wedding anniversary to Ellen DeGeneres over the weekend with a surprise sky message.

Look what my wife did for our wedding anniversary. Six!" pic.twitter.com/x97HmvnG6Y

The couple married at their Los Angeles home August 16, 2008 during the brief window of legalized gay marriage in California before Prop 8 was passed that November.