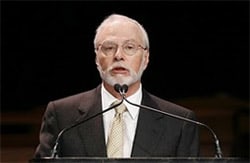 American Unity Super PAC, which was launched in June 2012 by hedge fund billionaire Paul Singer, has announced plans to spend at least $2 million between now and Election Day to help protect and promote Republican Congressional candidates who support LGBT equality.

"For many years, there's been a huge fear from Republican elected officials that if they showed courage on issues like this, would they be able to survive politically?" [AU PAC senior adviser Jeff] Cook-McCormac said.

"What American Unity PAC is committed to doing is ensuring that as these courageous elected officials follow their conscience and do the right thing, that there is a political network in place that's there to defend them."

Singer, who was also a major supporter of Mitt Romney, has a married gay son. He has donated nearly $2 million of his own money to the PAC so far.