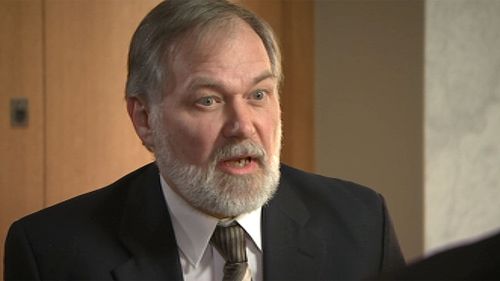 Scott Lively, the American evangelical hatemonger who helped Uganda pass its brutal anti-gay law, has written a column claiming he's "not unhappy" the law was struck down in its present form and says he's now waiting for calls of apology from media outlets who "for years have insinuated (or outright insisted) that the Ugandans were merely my puppets in a nefarious scheme to persecute homosexuals there"

The maliciously deceitful attempt by the global “gay” movement and its media allies to paint Uganda as a pariah state filled with hateful bigots (as in the propaganda film “God Loves Uganda”), is simply a disgusting modern example of the same “blood libel” used against the Jews by the Nazis.

I am not unhappy that the Ugandan law as written has been nullified. I have always said it was too harsh and did not emphasize prevention and therapy for homosexual disorder. The law’s enactment and quick repeal conclusively demonstrate that Ugandans can think for themselves, are capable of self-governance, and do not need “enlightened” Marxists and homosexual militants from the West to shape their public policy and uphold the rule of law.

Lively, who is set to stand trial for "crimes against humanity" for his role in helping pass Uganda's bill, has been steadfast in his denial of having any role in drumming up anti-gay hysteria in Uganda…despite video showing Lively 'educating' Ugandan lawmakers on how gays are "evil," "serial killers" and "Nazis"