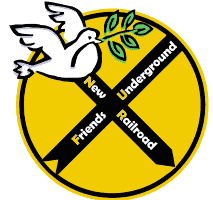 Three gay men, two lesbians, and one trans-identified person were stoned to death in the Ugandan countryside this past weekend, according to a press release sent out by Ugandan queer minorities activist Denis Nzioka. Eyewitnesses claim that one man, who survived the stoning was set aflame following the initial attack and a seventh man was attacked by a mob before succumbing to his injuries the next day.

The Friends New Underground Railroad, an outreach project of the Quaker-run, Washington-based Olympia Friends Meeting, is reporting that the names of the attacked are not currently being shared with the public. Tensions have risen in Uganda following the country’s repeal of its Anti-Homosexuality Act that formerly criminalized lesbian, bisexual, gay, and transgendered people’s existences.

The law was nullified following a court ruling stating that the Ugandan parliament did not have the appropriate quorum necessary for its enactment. Rather than curtailing Uganda’s societal slant towards the homophobic, the repeal of the law marked the beginning of an uptick of violence against LGBT Ugandans. Since the repeal, more than 400 LGBT individuals have sought their help in successfully escaping the country, according to the FNUR.