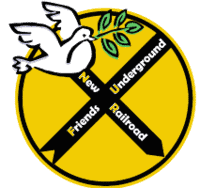 The other day we told you the story of how seven LGBT Ugandans were allegedly murdered by stoning, burning, and mob violence as a potential reaction to the repeal of the country's Anti-Homosexuality Act. That claim, which was used as a part of a fundraising effort by the Friends New Underground Railroad, now coming under scrutiny after the Human Rights Awareness and Protection Forum (HRAPF) sent five investigators to the Buyende District where the murders allegedly took place and found no evidence of the acts.

Casting further doubt, Adrian Jjuuko, executive director of the Human Rights Awareness and Promotion Forum, a legal organization that handles many LGBT rights cases, has claimed that while mob justice does happen on occasion in Uganda, organized biblical stoning is more or less unheard of. Jjuuko sent investigators to try and find validation, but found no reported murders of any kind in two of the towns and that the third town evidently did not exist.

For their part, Friends New Underground Railroad is standing by their story, but are refusing to be cooperative and release information on the claim that they are "protecting lives." Interestingly, they are becoming frustrated that no one is taking their claims seriously.