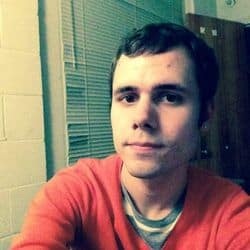 Last year, Stephen Lovegrove was fired from his position as a resident assistant at Charleston Southern University after coming out. He had been inspired by Macklemore's performance of "Same Love" at the 2013 VMA's to spread a message of acceptance as someone both gay and Christian; when the school found out about a series of videos he had created about the subject, he was subject to immediate discrimination.

One year later and Stephen's quality of life is on the mend.

Earlier this week, Stephen sent GLAAD a one-year update, noting how much his life has changed for the better after leaving Charleston Southern University. He writes:

One year later, I am happy to report that my life is in a very different place. I am at a new university that is truly diverse, and absolutely loving it. Actually, I’m the director of Safe Zones, a program we have to create a more inclusive school for LGBTQ students. I also host a YouTube talk show and have spoken with lots of different guests about issues of sexuality and spirituality. Best of all, I get to volunteer with Human Rights Campaign in a program with a youth center helping homeless LGBTQ youth in my city. And I’m in talks for a new independent reality show portraying characters who are young queer individuals grappling with love and spirituality in their college years.

Life is absolutely fantastic. 😀 I am still speaking out about employment discrimination and other issues faced by the queer community. My story always gets people attention and helps them understand all the work that still needs to be done. We are all in this movement together.

MTV also did a follow-up interview with Stephen about his life now, the initiatives he feels passionately about, and his initial inspiration, "Same Love."

Here's to a bright future!

Previous Post: « Sarah Palin’s Ice Bucket Challenge Is Absolutely Priceless: VIDEO
Next Post: Bryan Fischer’s Latest Rant: ‘God Will Use The Pagan Armies Of Allah To Discipline The U.S. For Our Debauchery’ – WATCH »