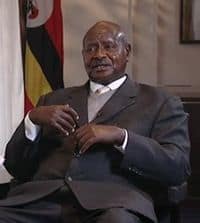 Ugandan President Yoweri Museveni has officially criminalized the transmission of HIV, a move that many public health experts worry could ultimately exacerbate Uganda’s well documented struggles with the virus. Similar to law that sometimes appear here in the U.S. Uganda’s new HIV Prevention and AIDS Control Bill targets those individuals who willfully expose others to the virus without their knowledge. In theory provisions like these would encourage people to exercise safer sex practices. Unfortunately, that is seldom the case. Rather than fostering openness about one’s HIV status, the criminalization of HIV has been proven to be ineffective and ultimately harmful.

The circumstances under which the mandate made its way through the Ugandan legal systems are dubious at best. The law, which surfaced earlier this week, is dated to have have officially been signed in late July, closely following the nullification of Uganda’s Anti-Homosexuality Act.

The AHA’s passing was invalidated after legal review revealed that the Ugandan Parliament did not have the quorum of its members necessary to turn the homophobic legislation into law. President Museveni has insisted that the law, which is being reintroduced the Parliament, will be gentler towards adults consensually engaging in homosexual acts. Those found in violation of the original AHA could be sentenced to life in prison but, Museveni says, the revised law focuses solely on the protection of children.

Previous Post: « This Puppy Pool Party Is Cooler Than Your Pool Party: VIDEO
Next Post: ‘Just Missed The Train’ By Wilson Knight: VIDEO »