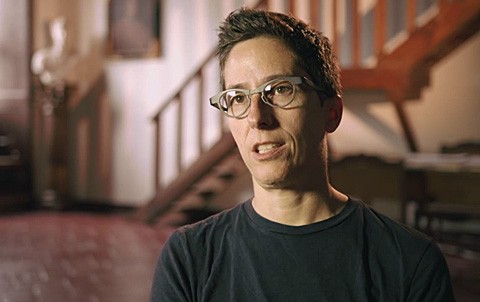 Alison Bechdel, celebrated cartoonist and inventor of the "Bechdel test," has a new interview out with Buzzfeed. Bechdel discusses her recent receiving of a MacArthur 'genius grant,' awarded for "command of sequential narrative and her aesthetic as a visual artist" exhibited by her long-running comic strip "Dykes to Watch Out For."

Bechdel is humble in the interview, sounding more bemused than braggy:

This is so weird. My life has been so crazy. I’ve had about five lifetimes worth of good fortune. For six weeks, I’ve been at an artist residency in Umbria, living in a castle with a bunch of other artists. Now this?[…] You couldn’t pick a less likely career trajectory likely to lead to a MacArthur award than what I’ve been doing. A comic strip? It’s crazy.

Bechdel also touched her work's specificity to LGBT people. She shared a particular concern of hers — the question of gay assimilation, due to the increasing acceptance of gay marriage. Says Bechdel:

At the danger of waxing nostalgic about the ‘old days,’ I don’t want to be like everyone else. I want acceptance, but I want acceptance of my difference, not my sameness. It’s a funny contract. The cultural machine wants to chew everyone up and turn them into this uniform little substance.