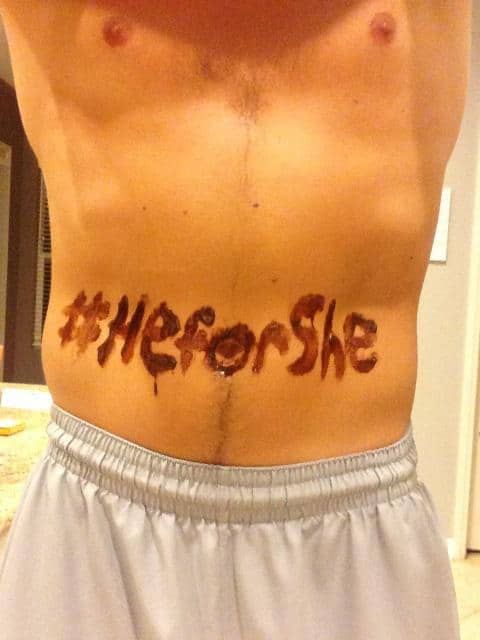 The outspoken activist and former NFL player took to Twitter last night to share his support for gender equality and the #HeforShe campaign kicked off by actress and UN Goodwill Ambassador Emma Watson. After tweeting that he was about to "make brownies with minimal clothing on", Kluwe then tweeted an image of his bare torso with "#HeforShe" spelled out in brownie batter: "Had some leftover brownie batter. Kinda spilled it on myself. Oops. #heforshe." Kluwe elaborated further on his support for the new campaign:

Why do I support #heforshe? Because I have a wife, a sister, daughters, a mother; and they are just as capable and valuable as I am.

And there are those, if I was a woman, who would've called me a whore for posting that picture, but because I am a man, they are silent.