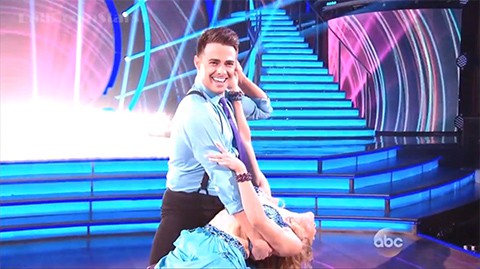 Jonathan Bennett, Mean Girls alumni and current contestant on Dancing With the Stars, was seemingly outed by DWTS judge Julianne Hough during an recent interview with Mario Lopez on Extra. 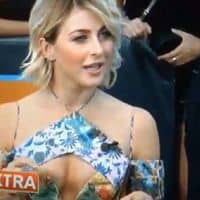 "[Bennett] tweeted me last year and said, like, I  had a nice butt, but he also tagged my trainer. And so I was like, 'Oh, he's hitting on me. I should try to go on a date with him'"

When asked by Lopez what happened with the potential match-up, Hough responded:

Watch the revealing interview, AFTER THE JUMP…

You may recall the interwebs being abuzz with rumors last year that Bennett had previously been in a relationship with Kyle XY star Matt Dallas.

Bennett's rep has declined to comment on Hough's interview.