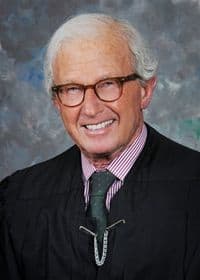 Louisiana Federal Judge Martin Feldman, a Reagan appointee, has upheld Louisiana's ban on marriage equality in a haphazard opinion remarkable only for its outdated language and subtly hateful rhetoric. Falling into traps we teach law students to avoid, Judge Feldman finds marriage equality as suspect as fathers marrying their daughters and improperly narrows the scope of the case to seeking a "right to same-sex marriage" rather than just "marriage." He suggests that being gay is a "lifestyle choice" and states that such a "choice" is butting heads with the democratic process, something he seems to think is infallible and beyond reproach.

Judge Feldman gets it wrong. The fight for marriage equality is a fight for marriage, not anything special or different than what opposite-sex couples enjoy. Being gay is not a choice and loving someone of the same sex is not a "lifestyle choice": it is love, it is human nature. And permitting gays to marry does not open the door to incestuous marriages, bestial marriages, or polyamorous unions. That kind of slippery slope argument doesn't pass the laugh test. Countless jurisdictions have made the decision to allow gays to marry, a legal policy decision that has no negative health or cohesion effects on society, without improperly permitting marriages that could be damaging to those involved and to children.

Judge Feldman is not the first judge to uphold a ban. He is not even the first to uphold a ban in the post-Windsor era. He is, however, the first federal judge to uphold the constitutionality of a state ban on marriage equality since Windsor, which complicates marriage's journey through the federal courts. The decision today does not necessarily mean the Supreme Court will have to take one or several marriage equality cases; Judge Feldman could still be overturned by the Fifth Circuit. But it does have several effects:

(2) it provides some measure of legitimacy to anti-equality forces by giving them a victory and resurrecting their outdated and hateful language; and

I break down some of the more distasteful elements of the decision and provide some context, AFTER THE JUMP…

I will organize my discussion of the opinion in Robicheaux v. Caldwell around the errors committed.

Judge Feldman did not spew the kind of hate that comes from the National Organization for Marriage or the Liberty Council or the Westboro Baptist Church. Nor, on the other hand, was he even remotely supportive. Besides calling being gay a "lifestyle choice" (Error 1) and comparing gays marrying to incest (Error 2), he asserted that the right the plaintiffs sought was a "new right," one definitely not steeped in the democratic tradition of this country–namely, a right to same-sex marriage (Error 3). 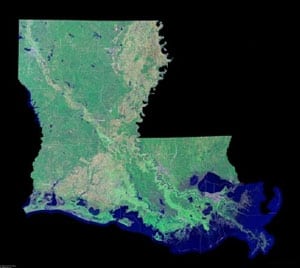 This is not the first time anti-equality judges have committed this grievous error. In 1986, the Supreme Court decided, in Bowers v. Hardwick, that states could criminalize sexual behavior among gay persons because, to put it simply, gays had no rights guaranteed to them by the Constitution. Justice Byron White, a New Frontiersman appointed to the bench by President John F. Kennedy, wrote the opinion for the Court declaring that there was no right to gay sodomy in the Constitution, let alone a fundamental one. As the Court noted in Lawrence v. Texas, when it overturned Bowers, Justice White got it wrong: to limit the discussion to sex is to ignore the reality of why people make love and why they have intimate relationships with others.

Judge Feldman also got it wrong. We don't want to get "gay married;" we want to get married. There would be little drawing us to fight if all we were fighting for was our own separate-and-unequal institution of unions. We have that in civil unions. What we don't have is the honor and recognition of equality that comes with marrying just like everyone else.

Today's opinion also assumes that once the supposed Pandora's Box of marriage is open, it won't stop until forks are marrying spoons and knives (Error 4). Slippery slope arguments frustrate and puzzle me. They frustrate me because it is the job of judges, lawmakers, and policymakers to draw lines. They puzzle me because they only make sense when we ignore everything else we know to be true. Massachusetts has had marriage equality for more than 10 years. There are no children marrying dogs in that state yet and I don't see it happening anytime soon, or ever.

Judge Feldman also gets the level of scrutiny wrong. He uses the lowest form of rational basis review, which allows the state to justify its discriminatory laws on "any conceivable basis" (Error 5). But the federal courts, including the Supreme Court in Lawrence and Windsor, have not been using that insanely low bar for some time. We may still be in the throes of a debate over the legitimacy of officially using heightened scrutiny, something the President supports and something that is law in the Ninth Circuit, but even Lawrence was using something stronger than our run of the mill rational basis.

What's more, the particular rational basis on which Judge Feldman hangs his hat — "linking children to an intact family formed by their two biological parents" — is so illogical as to be laughable (Error 6). How does banning gays from marrying actually ensure that more children will be born to and be raised by opposite-sex biological parents in wedlock?

What struck me the most about Judge Feldman's opinion, however, was nothing in the substance. We have heard his rhetoric before and we will hear it again. Rather, Judge Feldman went out of his way to write a decision as sweeping as possible. Originally, as Towleroad reported, the case before him addressed only the recognition of same-sex marriages performed out of state. Judge Feldman, who must have known how he was going to rule, specifically decided to address all marriage equality issues, cornering the market so to speak, so no other federal judges in Louisiana could issue a conflicting opinion first. That strikes me as underhanded and premeditated: he knew he was going to issue an antiequality opinion and despite his plea that his decision is just "one among many," he planned for a bit of a show.

It is hard to say what effects this wayward decision will have. The case will go up to the Fifth Circuit, which already has a marriage equality case from Texas (striking down the ban), but the mere fact that Judge Feldman upheld the ban will not necessarily weigh in the ban's favor up at the circuit court. Matters of law, as attorneys say, are reviewed de novo, from the beginning, regardless of the conclusions below. However, the mere fact of having an antiequality opinion on the books gives some measure of legitimacy to the right's outdated, hateful, antigay arguments. But we've come back from far worse antigay rhetoric from federal judges. For most of us, this will be a single opinion discarded to the trash bin soon. But for the residents of Louisiana, it is another wound that will take a lot longer to heal.