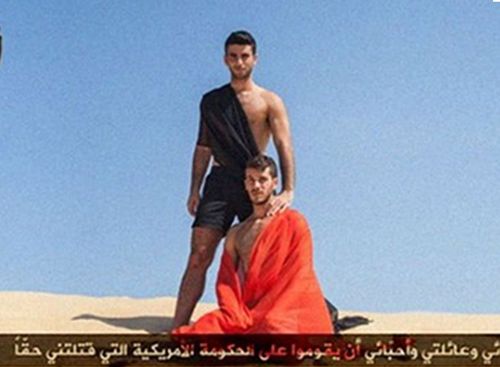 An Israeli gay event promoter has sparked outrage for publicizing a party using an ISIS-inspired photo shoot, The Independent reports:

Dreck, which holds events around Tel Aviv, used pictures imitating the beheading videos showing the murders of David Haines, James Foley and Steven Sotloff ahead of a club night on Friday.

One image shows a man in a desert kneeling in the sand with a black-clad man behind him with his hand on his shoulder.

The poster has the “black flag” of Isis in the top left hand corner and text running below in the style of Isis’ brutal propaganda videos. 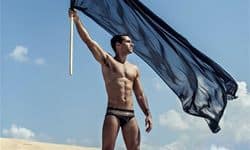 The Israeli news website Ynet, which reprinted the photos, said the imagery had provoked an angry reaction on Drek’s Facebook page. “Disgusting! Getting a laugh off of the murder of innocent victims,” wrote one.

On its Facebook page, Drek wrote that after Isis’s rise in the region, “we at Drek have decided to give in to sharia law and cheer the stubborn Daesh”, using the Arab acronym for the group. The use of “stubborn” was a play on words in Hebrew connected to beheading, Ynet said, as it can be written as “hard-necked”.

Amiri Kalman, one of Drek’s founders, told the website that the club night itself had not had an Isis theme. He said: “We are trying to react to current events. We have been doing it for a number of years. But we reject violence in any form and that includes the videos intended to scare the world. Therefore we also refuse to participate with this fear and refuse to become hysterical. This is satire, and our way of showing our contempt of them and their videos.”