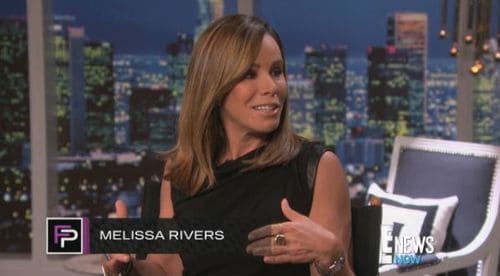 In her first television appearance since Joan Rivers' passing September 4, Melissa Rivers joined the cast of Fashion Police to reflect on her mother's legacy. While there, Melissa also revealed that President Obama himself wrote a letter of condolence, despite being a frequent target of Joan's jabs over the years.

Back in July, Joan joked that Obama was gay and that Michelle was "a tranny"

Watch Melissa's return to tv, AFTER THE JUMP…(warning: autoplay)