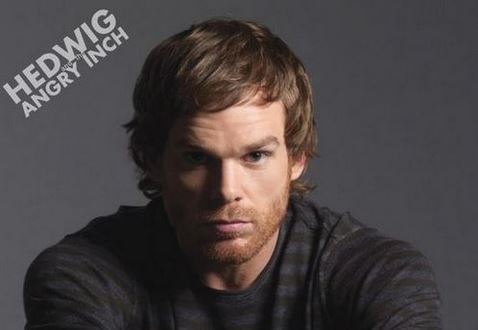 Actor Michael C. Hall, best known for Dexter and his role as gay funeral director David Fisher in Six Feet Under, will take over for Andrew Rannells in Hedwig and the Angry Inch in October, producers announced today.

Rannells is currently performing in the titular role for a limited eight-week run ending October 12. Rannells originally took over the role from Neil Patrick Harris.

The Hollywood Reporter adds that this marks Hall's first musical theater role in over a decade – following his Broadway debut as the emcee in Cabaret in 1999 and his role as Billy Flynn in Chicago in 2002.