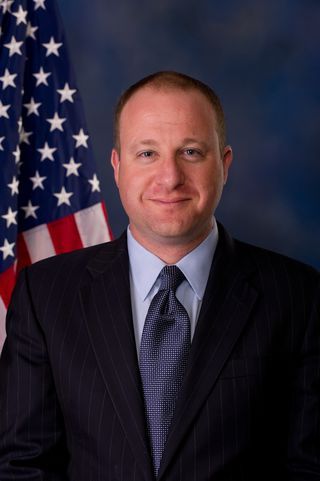 Out Congressman Jared Polis (D-CO) announced today that he has filed a discharge petition in the House of Representatives for the Employment Non-Discrimination Act (ENDA). Polis is the chief sponsor of ENDA and is also the co-chair of the LGBT Equality Caucus. From Rep. Polis' statement:

A discharge petition is a procedure to force a vote on legislation if it receives signatures from the majority of the House of Representatives. This move comes after the House Republican leadership has continued to refuse to hold a vote on this bipartisan bill.

“This is common sense legislation that is supported by a majority of Americans and was passed overwhelmingly by the United States Senate,” said Rep. Polis. “The Republicans have been dragging their feet on this bill for too long, allowing workplace discrimination against hardworking LGBT Americans to continue. In our nation that was founded on the notion that with hard work and dedication anyone can get ahead, it is unthinkable that employees can still be fired for who they love or what gender they are. I hope Members from both sides of the aisle will sign this petition and protect all Americans from discrimination in the work place.”

In July, some speculated that a discharge petition was a likely move that Polis would make. Meanwhile, many activist groups, including the ACLU, Lambda Legal, NCLR and Transgender Law Center pulled their support from ENDA because of a religious exemption in the legislation. The HRC held on though, insisting that a narrower religious exemption was needed as a way forward. Polis soon took action in hopes of keeping ENDA alive. The Washington Blade reports:

Following the outcry of these groups, Polis introduced a resolution before the House Rules Committee, H.Res. 678, that would narrow ENDA’s religious exemption in the event the committee approved the bill for a vote on the House floor.

If passed, ENDA would "bar employers from discriminating on the basis of sexual orientation and gender identity, if a majority of House members, or 218, sign the petition."

You can read the discharge petition HERE.