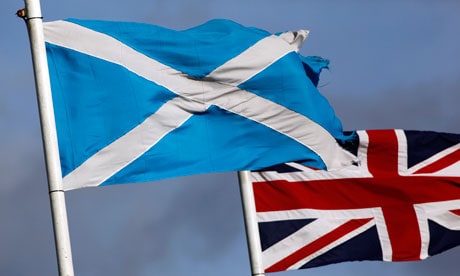 The United Kingdom will for now stay intact as voters in Scotland rejected a referendum last night that would have granted it independence. With all 32 councils declared, the final results stand at 55.3% no on independence votes, 44.7% yes.

The Guardian reports that the yes campaign scored a handful of notable successes – succeeding in the largest city of Glasgow by 53% to 47%, winning 54% in West Dunbartonshire and a 57% win in Dundee.

All throughout the campaign, celebrities voiced their opinion on whether or not Scotland should leave the UK and become an independent country.

And for American audiences that were tuned-in to the results last night, Brett Belding helped put things into context:

Just in case you don’t understand the significance of #ScotlandDecides, the last time Scotland was independent was before America existed.