The Executive Committee of the Southern Baptist Convention (SBC) has kicked out a pro-LGBT California church, claiming that minister Danny Cortez and the church are not in “cooperation” with the SBC’s stance on LGBT issues 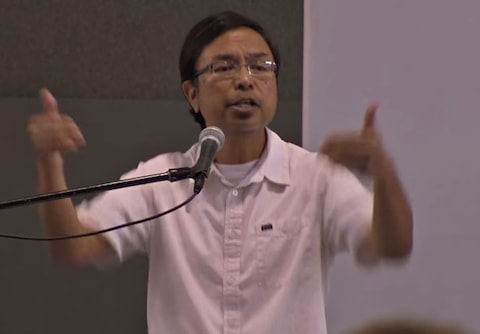 The Executive Committee of the Southern Baptist Convention (SBC) has kicked out a pro-LGBT California church, claiming that minister Danny Cortez and the church are not in “cooperation” with the SBC’s stance on LGBT issues, reports Think Progress.

In August, New Heart Community Church in La Mirada, California voted to welcome the LGBT community after Cortez gave a sermon announcing that his son Drew had come out as gay – and that he himself no longer agreed with the SBC’s teachings on homosexuality.

Speaking about his son’s decision to come out, Cortez said:

“My heart skipped a beat and I turned towards [my son] and we gave one another the biggest and longest hug as we cried. And all I could tell him was that I loved him so much and that I accepted him just as he is … If it wasn’t for this 15 year journey and my change in theology, I may have destroyed my son through reparative therapy.”

After Cortez’s sermon, members of the church had the option to remove him from the pulpit but voted to keep him as pastor and adopt a live-and-let-live approach “in the same way that our church holds different positions on the issue of divorce and remarriage.” 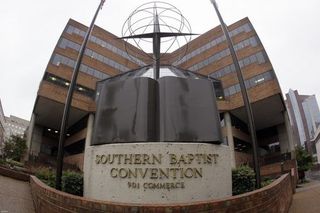 On Tuesday, the SBC voted unanimously to “disfellowship” New Heart because it “does not presently meet the definition of a cooperating church” as its constitution outlaws congregations that “act to affirm, approve or endorse homosexual behavior.”

Forgetting that “compassion” is a two-way street, Ronnie Floyd, SBC President and pastor of Cross Church in northwest Arkansas, said:

“[New Heart has] walked away from us as Southern Baptists. We have not walked away from them. So it is with compassion that I would appeal to them to reconsider their decision, mostly their position related to the Word of God on homosexuality.”

However, New Heart has stood firm in its decision to embrace diversity. In a letter to the SBC committee, church Deacons explained that their congregation holds a multiplicity of positions, but also acknowledges their pastor’s firmly pro-LGBT stance:

Watch Cortez's sermon "Why I Changed My Mind on Sexuality," as well as his son's coming out video, AFTER THE JUMP…

Previous Post: « Colin Powell: The GOP Needs to Start Appealing to Minorities or Risks ‘Running into a Brick Wall’ – VIDEO
Next Post: About Drew Courtney »