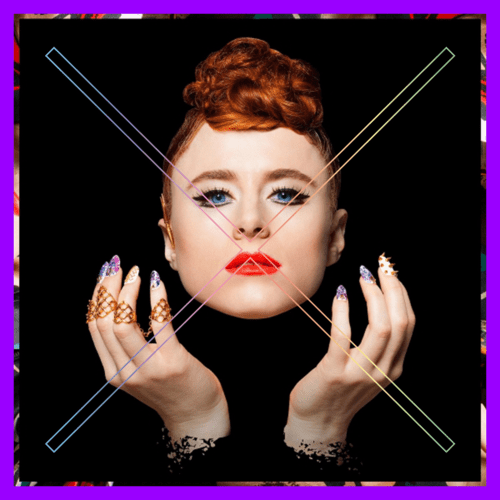 We've been closely following Kiesza since her debut single 'Hideaway' got our attention this past spring. Her follow-up single 'Giant In My Heart' continued to build on the singer's success as she set out on a rigorous media tour to support her quickly rising star. Over the past weekend, Kiesza released 'No Enemiesz' to tease the release of her album, Sound of a Woman, on October 21st.

Kiesza certainly picks up where she left off in 'Hideaway' and 'Giant In My Heart' with 'No Enemiesz.' The track has a pulsing house beat complemented by piano keys in the chorus, all wrapped together with Kiesza's soulful vocals. The singer claims her debut album will contain not only dance and house influenced tracks, but you'll also hear grunge, rock and folk on Sound of a Woman. We're certainly excited to hear her debut release next month – but in the interim, be sure to catch her performing on Ellen on September 24th.

Sirens Of Lesbos are a new six piece collective who claim to have its Kibbutz somewhere in the Aegean Sea.  I'm not entirely sure that I believe that proclamation, however their debut single 'Long Day, Hot Nights' is pretty spectacular; it's even gotten a big room house remix treatment from the famed Fred Falke.

Michelle Drew and Philipp Hill bonded over a shared love of deep, hypnotic house music while both in Southern UK – hence Drew Hill was born (no relation to the R&B group Dru Hill). Their track 'Talk To You' got the attention of critically-acclaimed producers Groove Armada, with a deep, piano-laden treatment of this deep cut.

Sydney's own Frames and Elizabeth Rose collaborated on a new EP, Intentions/Anywhere.  Frames' electro production complements Rose's vocals quite nicely on both tracks on the EP.  This isn't the first feature for Elizabeth though, who appeared on Flight Facilities 'I Didn't Believe' last year. 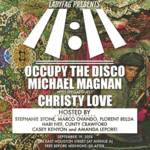 Occupy The Disco is taking over the decks at Ladyfag's famous Friday night party, 11:11. Come join us as we spin deep house cuts (like the ones you hear on Towleroad) at one of New York City's best weekly parties. 11-4 at 244 E Houston, at Avenue A.

Previous Post: « This is Huntington and He’s Got a Secret: VIDEO
Next Post: Catholic High School Coach Fired for Alleged Role in Philadelphia Attack On Gay Couple – VIDEO »