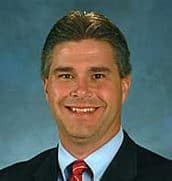 Spokeswoman Dana Brueck said that Van Hollen has always believed the case would be decided by the Supreme Court and that a stay on U.S. District Judge Barbara Crabb's original ruling would remain in place until all appeals have been exhausted.

“Today’s decision puts Wisconsin back on track to ensuring full equality for every American,” said Rep. Mark Pocan. “It is clear discriminatory laws that treat LGBT couples as second-class citizens will not stand in a court of law.”

“I urge Governor Scott Walker and Attorney General J. B. Van Hollen to respect the Court’s ruling and the spirit of the U.S. Constitution,” continued Rep. Pocan. “In ruling after ruling, it has become unmistakable that the promise of America is everyone should be treated equally and with dignity. Today’s ruling brings us one step closer to fulfilling that promise.”