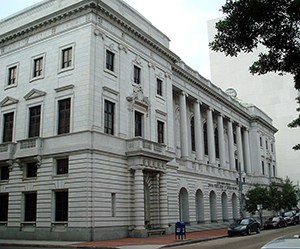 The U.S. Fifth Circuit Court of Appeals announced yesterday it would consider arguments in cases challenging same-sex marriage bans in Texas and Louisiana for the week of January 5, 2015. The Times-Picayune reports:

The cases from the two states remain separate, but have been put on parallel schedules with the court. A district court judge in Austin in February struck down Texas' ban on gay marriage, while U.S. District Judge Martin Feldman in August upheld Louisiana's ban.

Feldman's ruling marked the first time opponents of gay marriage have successfully defended a ban in federal court since the U.S. Supreme Court's ruling in U.S. v. Windsor struck down portions of the federal Defense of Marriage Act last year.

The judges who will hear the cases will not be announced until closer to the hearing date, but the 5th Circuit is one of four appellate jurisdictions in the U.S. with more judges appointed by Republicans than by Democrats.

A three-judge panel in the conservative 6th Circuit in Cincinnati seemed hostile to lawyers challenging Ohio's same-sex marriage ban in August, but has yet to issue a ruling.

The 5th Circuit previously agreed to a request to fast track its consideration of Texas' same-sex marriage ban.

You can read the 5th Circuit's announcement for yourself, AFTER THE JUMP…