California Gov. Jerry Brown has signed into law a historic bill that will result in new opportunities for certified businesses owned by LGBT people 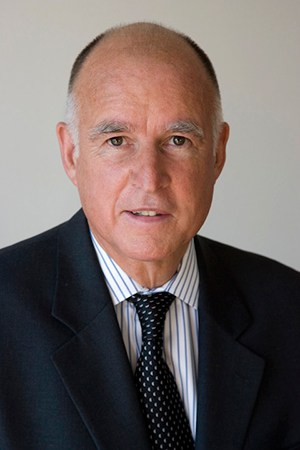 California Gov. Jerry Brown has signed into law a historic bill that will result in new opportunities for certified businesses owned by LGBT people, reports SDGLN.com.

Brown is known for his pro-LGBT advocacy. Last week, he outlawed the "gay panic" defense in court. In August, he signed a bill that will provide unprecedented protections for transgender students in California.

The new law means that starting in 2015, public utilities in the state will be required to extend to LGBT certified business owners existing provisions already granted to those owned by ethnic minorities, women, and disabled veterans.

The law – which came about through testimony and advocacy by the National Gay & Lesbian Chamber of Commerce (NGLCC) – is believed to be the first bill of its kind in the United States. It defines an “LGBT business enterprise” as one that is at least 51% owned by an LGBT person or persons, or, in the case of any publicly owned company, at least 51% of the stock is to be owned by a LGBT individual or individuals.

"Gov. Brown has further added to his impressive record on economic development and LGBT issues with his signing of this bill into law. We are very proud of the hard work of our team, all seven of our California Local Affiliate Chambers, our certified LGBT business owners, the California Small Business Association and other allied organizations that made this law not only our priority, but also their priority. We also are grateful for the wide support of this law from diverse business communities and the unwavering and consistent support from AT&T and Southern California Edison.”

“The LGBT business community owes a huge debt of gratitude to [lead sponsors] Assemblyman Gordon and Sen. Leno for their hard work in passing this bill that will have real impact on the lives of LGBT California business owners and the many Californians employed by them.”