Melissa Klein, co-owner of an Oregon bakery that last year refused to make a wedding cake for a lesbian couple, broke down in tears last week during a panel at the anti-gay Values Voter Summit 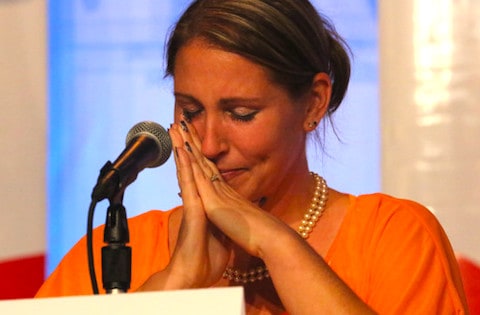 Melissa Klein, co-owner of an Oregon bakery that last year refused to make a wedding cake for a lesbian couple, broke down in tears last week during a panel at the anti-gay Values Voter Summit, reports TPM.

Values Voter Summit (VVS) is an annual conference and who's who of anti-gay bigots organised by the Family Research Council, which is listed by the Southern Poverty Law Center as a hate group. 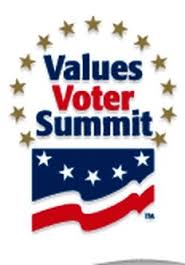 In January 2013, the Kleins declined to make a wedding cake for Rachel Cryer and Laurel Bowman who responded by filing a civil rights complaint against Sweet Cakes by Melissa. Officials in Oregon eventually ruled that the bakery violated Cryer’s and Bowman’s civil rights. The Klein’s took the decision to close down their shop rather than do business with gay couples.

Talking at VVS about how she loves to be involved in (heterosexual) customers’ weddings, Klein said:

“For me personally when I would sit down with them I just would want to know everything about her wedding. I'd want to know about the flowers, her dress, the centerpieces, her colors, the way her hair is going to be. I would even want to talk about 'where are you going on your honeymoon?'"

“To be told they’re going to force me to convey a message other than what I want to convey — it flies in the face of the Constitution. It’s a violation of my conscience. It’s a violation of my religious freedom. It’s horrible to see your own government doing this to you….We had to shut the shop down. Melissa does very limited cakes out of our house. I mean we're facing in excess of $150,000 of damages for this, just for simply standing by my first amendment rights."

“Our culture has accepted 2 huge lies. The first is that if you disagree with someone’s lifestyle, you must fear or hate them. Second is that to love someone means that you must agree with everything they believe or do. Both are nonsense. You don’t have to compromise convictions to be compassionate.”

Watch Melissa and Aaron Klein at the VVS last week, AFTER THE JUMP…