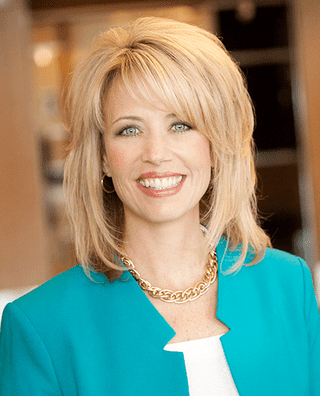 Ashley Swearengin, a Republican candidate for California’s state controller office, has doubled back on her views about gay marriage, asserting that she’s–once again–a supporter of LGBT equality. During her initial bid for the mayorship of Fresno in 2008 Swearengin expressed her belief that marriage consisted of a union between a man and a woman. Swearengin also threw her support behind California’s Proposition 8 ban on gay marriage, a fact that she addressed while speaking to a local chapter of the Log Cabin Republicans.

"Like most Californians, I believe it is time to move beyond this issue,” she explained to a gathering of lesbian and gay conservatives. “[We need to] focus our public policy energies on addressing the mountain of debt and outstanding liabilities that threaten the financial future of the next generation."

"She told us, 'I support marriage equality,'" said Kevin Gilhooley, president of the Orange Country Log Cabin Republicans. "That's what she said, verbatim. It was such a powerful statement for our group to hear, she got a great round of applause. We were very appreciative."

Swearengin’s platform this time around, according to her campaign manager Tim Clark, is focused squarely on righting California’s mounting economic woes and promoting job creation. Swearengin insisted that despite her past with homophobic legislation, the office of controller has no real bearing on social issues like marriage equality, and the evolution of her views was a reflection of her new-found political goals.

"As state controller, I wouldn't have any influence over this issue. But I am very concerned about the legacy of debt and outstanding obligations that we're leaving for our children and our grandchildren. I will do everything in my power to try address those two most important issues. That's what my campaign is about, and as mayor that's what I'm focused on as well."