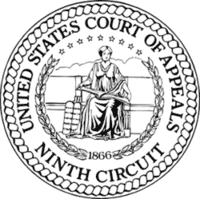 The anti-gay Coalition for the Protection of Marriage is asking the Ninth Circuit to grant an en banc rehearing in the case challenging Nevada's gay marriage ban – with the coalition's lawyer, Monte Stewart, claiming the federal appeals court picked specific judges "in order to influence the outcome" of the case. 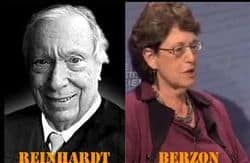 One of the reasons he asked for the rehearing, he claimed, is the “high likelihood that the number of Judges [Stephen] Reinhardt and [Marsha] Berzon’s assignments to the Relevant Cases, including this and the Hawaii and Idaho marriage cases (which we treat as one for these purposes), did not result from a neutral judge-assignment process.”

Stewart wrote that the claim was the result of “careful statistical analysis” by Dr. James H. Matis.

Stewart went further, writing, “The appearance of unfairness is not a close question here. Even without the aid of professional statisticians, a reasonable person will immediately sense that something is amiss when one judge out of more than thirty is assigned over a four and one-half year period to five of this Circuit’s eleven cases involving the federal constitutional rights of gay men and lesbians, another to four of those cases, and both of them to the momentous ‘gay marriage’ cases.”

Read the ridiculous petition below via Equality Case Files