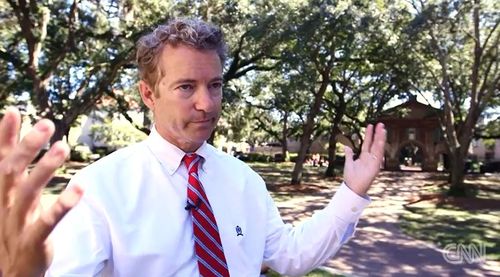 In a recent CNN segment on Kentucky Senator Rand Paul's libertarian appeal, reporter Peter Hamby asked Paul if the Republican Party could survive and adapt if over 80% of young people support same-sex marriage. Paul replied that he personally believes in "old-fashioned, traditional marriage" but added that the GOP could accomodate people on both sides of the issue.

When Hamby followed up by querying whether Paul could rethink the issue in the future – Paul responded with a shrug.

Read into the gesture what you will (or don't), AFTER THE JUMP…