In a decision that willfully ignored the prevailing wisdom of most of the federal judiciary, a judge in Puerto Rico recently tossed a lawsuit challenging the island's ban on gays marrying. The judge did not expressly uphold the constitutionality of the ban; rather, he granted PR's motion to dismiss the lawsuit. Either way, the case is headed for appeal at the First Circuit Court of Appeals. This case adds a little texture to the Supreme Court's refusal to take seven marriage equality cases, bringing an end to marriage discrimination in much of the country. But do not expect Puerto Rico to derail our forward march. 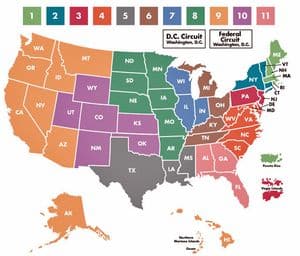 Puerto Rico is not just an LGBT-friendly locale in the Caribbean; it's also a territory of the United States under the jurisdiction of the First Circuit. That court also includes Maine, New Hampshire, Massachusetts, and Rhode Island and, as such, it has not had the opportunity to weigh in on the constitutionality of a state ban on same-sex marriage since Windsor because, like the Second and Third Circuits, all its states are marriage equality states. That is, except for Puerto Rico.

Into this mix walked several Puerto Rican same-sex couples, represented by Lambda Legal, who want to get married and who have been watching from the sidelines as bans topple like dominoes in the states. After they filed their lawsuit, the state's response was to ask the judge to dismiss the lawsuit for, among other things, lack of jurisdiction.

A motion to dismiss is not unusual. In fact, motions to dismiss or motions for summary judgment are two tools used often to decide cases without having to go through the complexities, expense, and uncertainties of a trial. Even this particular argument wasn't rare. But although the motion may not have been unusual, the judge's decision was, at least in a post-Windsor world.

I summarize the court's ruling and explain why the judge was utterly and completely wrong, AFTER THE JUMP… 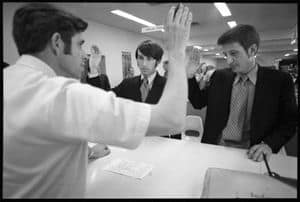 The Puerto Rico case turned on the Supreme Court's action in Baker v. Nelson, a first generation marriage equality lawsuit out of Minnesota that reached the Supreme Court's desk in 1971. In that case, same-sex couples used the state court system to challenge the state's refusal to issue marriage licenses to them. They lost every step of the way. Under a rule that allowed for mandatory appeal to the Supreme Court (a rule, by the way, that has since been eliminated), the couples appealed for Supreme Court review only to get a single sentence reply:

"The appeal is dismissed for want of a substantial federal question."

There were no oral arguments, no explanations, and no dissents.

The Supreme Court's terse response in Baker v. Nelson should now make sense: Without a "substantial federal question," the Court says, we have no jurisdiction here. We dismiss the appeal and let stand the lower court decision. In practical terms, that meant that the Court was concluding that gay marriage did not raise any issue of federal law.

For some time, Baker has been hanging around but dismissed as no longer good law. It's become like a land-line phone installed on your wall or the thick paper phone book you get from the phone company: it's there, we know it exists, but it just doesn't have any relevance anymore. In fact, most of the post-Windsor marriage cases addressed and dismissed Baker before turning to the merits of the case, as the courts did here and here, for example. 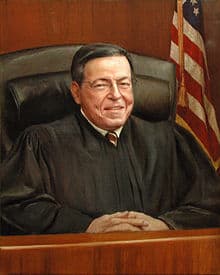 Judge Perez Gimenez (pictured), however, concluded that Baker was still good law and that he was bound to follow it.

That decision is possible for a couple of related reasons:

First, technically Baker is still law. The Supreme Court has never overruled or directly repudiated Baker. And even though it was a one line summary affirmance, it still has precedential value. Technically, Baker is still around our necks.

Together, these rationales appear to suggest that Judge Gimenez is just doing his job and following the Supreme Court's rules.

That's willful blindness, at best, and a pretext for imposing a traditionalist prejudice, at worst. There is evidence of the latter: Judge Gimenez did not shy away from noting that "traditional" marriage is at the heart of our civilization. And we need only look to many of the other pro-equality federal court decisions to show that Judge Gimenez was remaining willfully blind to changes in the law since 1971.

The early 1970s may have been after Loving v. Virginia, which struck down bans on interracial marriage, but it was before gays had any constitutionally protected rights whatsoever. It wouldn't be for 25 years, when the Court decided Romer v. Evans, that the justices first acknowledged that gays could be protected from discrimination. The Baker v. Nelson era was also the era of anti-sodomy laws and other laws that made being gay itself tantamount to criminality. And those laws were still being upheld long after Baker, in the odious 1986 case of Bowers v. Hardwick. Bowers said that states could criminalize gay sex because there were no protections afforded the gay community under the Constitution and, insultingly, no "right to same-sex sodomy" anywhere in the text.

Doctrinal developments since Baker have reoriented federal law's relationship to gay persons. Romer brought us into the orbit of constitutional protection from animus-based majoritarian discrimination. In other words, Romer said that the states can't discriminate against gays simply because lots of people hate gays. Lawrence v. Texas then explicitly recognized that the Constitution's protection of the liberty of intimate association–sex and love–extended to gay persons. And Windsor flatly declared that the federal government could not discriminate against legally married gay couples because doing so impinged the constitutionally-protected dignity guaranteed to all gay persons.

Baker was decided in a world in which gays had no constitutionally protected rights. Now, we have a lot of them. Almost every federal court to weigh in on the issue has said so, and most of them have given extensive explanations for the irrelevance of Baker. Sure, the Supreme Court has yet to touch it explicitly, but there is no doubt that the Supreme Court and the federal appellate courts have Baker teetering on the edge of collapse.

Judge Gimenez's refusal to see the obvious speaks to the utter recalcitrance of his traditionalist viewpoint or his inadequacy as a jurist. Take your pick.

UPDATE: A few commentators have noted that the First Circuit as recently as two years ago stated that Baker is still good law. That is true. In fact, the court that first struck down DOMA stated as much. However, two years is a long time. In the intervening time, we had Windsor at the Supreme Court and a slew of sister circuits (and district court judges) that tossed the Baker canard.