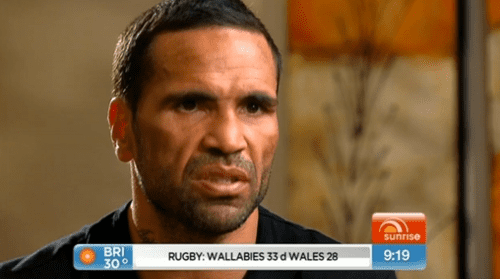 Australian aboriginal boxer Anthony Mundine has defended the tired old argument that being gay is a choice, reports Pink News.

Mundine previously said that TV series Redfern, which features a gay aboriginal character, is “promoting homosexuality…like my dad told me GOD made ADAM & EVE not Adam & Steve.” He also made the bizarre claim that aboriginal people cannot be gay because it’s forbidden in the “old culture.”

“I told you I speak the truth, I got nothing against homosexuality, if you’re gay, be gay, that’s your choice, that’s your right in this day and age. But don’t exploit it on prime time when there’s kids watching and having sons come towards you and going ‘dad is that alright, for a man to kiss a man?”

According to a spokesman, although the boxer “has a lot of homosexual friends,” he “doesn’t support homosexuality.”