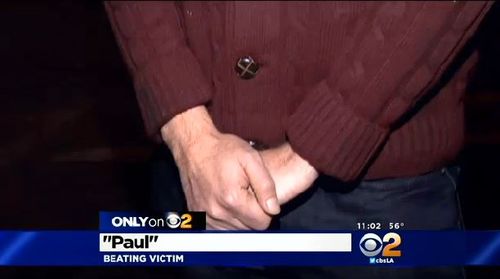 Police are on the lookout for a man involved in an brutal attack against a 34-year-old gay man in San Bernardino County late last month, The Los Angeles Times reports: 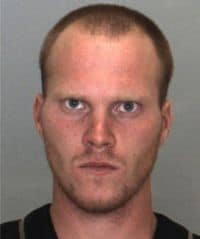 The 17-year-old was not identified because he is a minor.

The attack occurred Oct. 28 in a remote drainage wash near Mall Boulevard and Petaluma Road in Victorville, authorities said.

Before the attack Walker and the victim were friends, officials said. But, apparently after learning the man was gay, Walker arranged to meet him near the drainage wash to walk him to work, where Walker, Fraire and the 17-year old, attacked him with rocks, bottles and the board while yelling gay slurs, according to sheriff’s authorities.

Earlier this week, the victim (who chose to remain anonymous) spoke to CBS Los Angeles about the attack. You can watch his interview AFTER THE JUMP…

Previous Post: « Adam Levine on Blake Shelton: ‘He Wants to Have Sex With Me For Sure’ – VIDEO
Next Post: Houston Gay Pride Organizers Agree To Reschedule Parade To Avoid ‘Juneteenth’ Conflict: VIDEO »