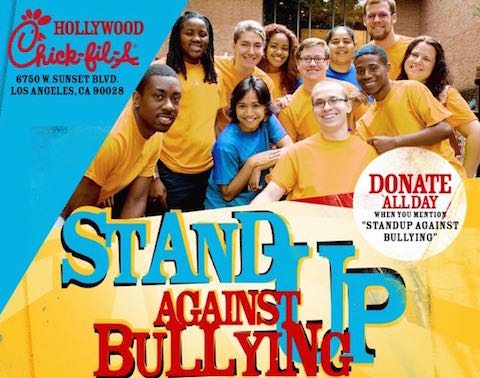 Chick-Fil-A has faced the wrath of LGBT activists in recent years following the revelation that anti-gay CEO Dan Cathay has been funding homophobic groups and activists including the anti-gay listed hate group Family Research Council. 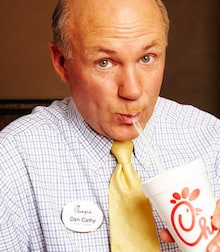 During Saturday’s fundraiser an unspecified percent of sales went to Campus Pride’s campaign to raise money for an anonymous $10,000 matching grant. A table was also set up with pamphlets about Campus Pride and the anti-bullying organization Stand Up Foundation.

“We’re not going to turn away anyone who wants to be an ally and help us fundraise. Activism is dirty work. It’s work that some people don’t always agree on the journey or the past and today we were just trying to be positive, to move forward and to do things that are common ground issues.”

Watch a Young Turks report on Cathy's anti-gay comments, AFTER THE JUMP…

And don't forget to check out the 10 Businesses To Avoid This Holiday Season If You Care About LGBT Rights.