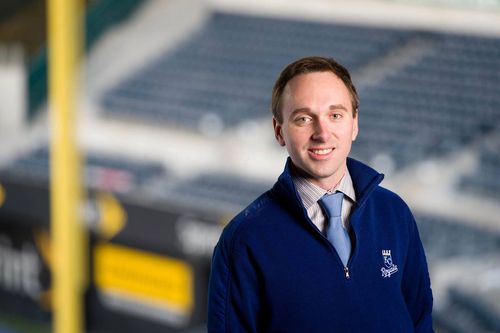 Matt Schulte, marketing coordinator for Major League Baseball team Kansas City Royals, has come out in an interview with Outsports.

As the Royals made their unexpected run through the playoffs this year, Schulte began exploring the idea of coming out. Through conversations with other out gay people in sports he saw a side of sports that was inclusive of gay people.

As team victories mounted this year and the elusive World Series drew near, his confidence grew and he began to find inner pride in a way he had never experienced before.

Although coming out to his father and stepmother had been a positive experience, doing so in the macho environment of Major League Baseball was a whole different matter.

"To walk into my boss's office, how do I set it up? Do I give them a warning? Do I spring it on them? I'm still not even totally comfortable with saying the words, 'I'm gay.'"

Still not knowing how to address the topic with co-workers and friends, he decided to share his story publicly via Outsports.

Watch Matt talk about his lifelong connection with Kansas City Royals, AFTER THE JUMP…