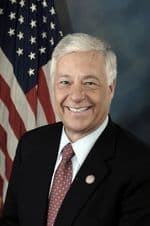 Michaud conceded defeat at 12:30 a.m. in a speech at the Port City Music Hall. LePage triumphantly took the stage at the Franco American Heritage Center in Lewiston before Michaud finished his speech. Written off by some pundits when the campaign began over a year ago, the governor weathered a full-throated challenged by the Maine Democratic Party, which cleared the field of primary challengers for Michaud while aligned interest groups spent millions boosting his candidacy in the most expensive gubernatorial race in state history.