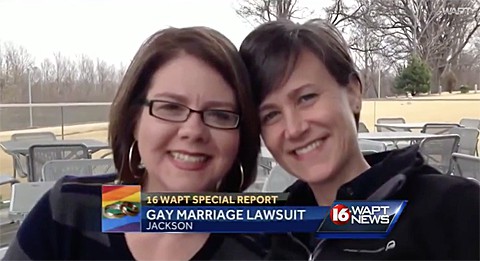 Mississippi's gay marriage ban goes before a U.S. District Court Judge Carlton Reeves tomorrow morning. As we reported last month, the Court put Campaign for Southern Equality v. Bryant, which is being led by DOMA lawyer Roberta Kaplan, on a fast-track after it was filed in October. 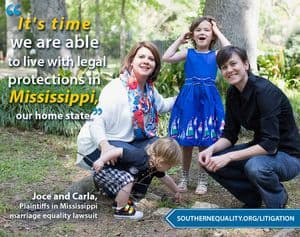 Said Kaplan at that time:

“By setting the schedule that it did, the Court clearly appreciated the need for expedition on issues of such great constitutional and practical import. We look forward to presenting our arguments to Judge Reeves on November 12. We are confident that, having read the briefs and heard our arguments, the Court will grant the relief that our clients seek – namely, the right to be treated like all other Mississippi families who love and care for each other, pay their taxes, and do their best to raise their kids." 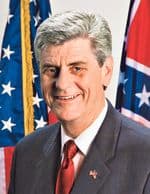 Gov. Phil Bryant and Attorney General Jim Hood responded that the 5th U.S. Circuit Court of Appeals, which hears cases from Mississippi and two other states, has not recognized gays and lesbians as a group with specific civil-rights protections. Because of that, there is no reason for a federal district judge to give "heightened scrutiny" to claims of bias.

Jackson local news station WAPT filed a report on the hearing last night featuring interviews with two of the plaintiffs, Carla Webb and Joce Pritchett, who have a 6-year-old daughter and a 2-year-old son. Pritchett and Webb were married in Maine but Mississippi won't recognize their marriage, endangering their two kids.

Rebecca "Becky" Bickett and her longtime partner, Andrea Sanders, who were denied a marriage license earlier this year, are also plaintiffs.

The best case scenario would be for the judge to agree with the plaintiffs and rule immediately, striking down the state's ban. Advocates say they will be ready with officiants to begin marrying gay couples if that happens.

Watch WAPT's report on what might happen, AFTER THE JUMP…

Read Kaplan's "Reply memorandum of law in further support of plaintiffs' motion for preliminary injunction" filed yesterday, below. Plaintiffs are also represented by Mississippi attorney Robert McDuff of McDuff & Byrd, based in Jackson.